Statement on Freedom of Press 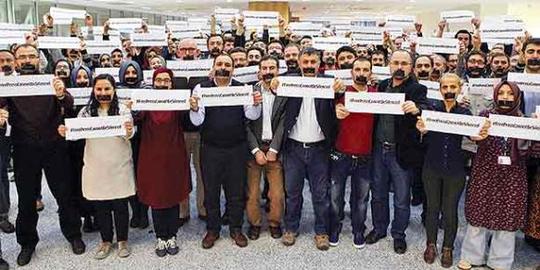 The following is a statement released by the Alliance for Shared Values in which Atlantic Institute is a proud to support.

The raids on Turkey's top selling newspaper Zaman and prominent TV organization STV are profoundly disturbing to all of us who value democracy, tolerance and the role of a free press in safeguarding both. Journalists who report about suppression of human rights are not enemies of the state; rather they are documenting the actions of those who undermine the safeguards of a democratic Turkey.

Whether driven by a desire to shift public attention from the anniversary of corruption probes, or by public criticisms of systematic nepotism and excesses of the presidential palace, these raids and arrests are politically motivated. Such actions taint Turkey's image around the world and raise the growing authoritarianism of the Erdorgan regime to a new level.

Participants of Hizmet civic movement remain committed to democracy, fundamental human rights and freedoms. Accusations or arrests against people simply based on their worldview, without any evidence of wrongdoing, reflect a new level of repression by Erdogan's regime.

We urge democratic countries and organizations to strongly condemn these actions.

About Alliance for Shared Values:

Alliance for Shared Values is a non-profit that serves as a voice for dialogue organizations affiliated with the Hizment in the U.S. (also known as Gulen Movement). The Alliance serves as a central source of information on Fethullah Gulen and Hizmet. For more information, please visit www.afsv.org